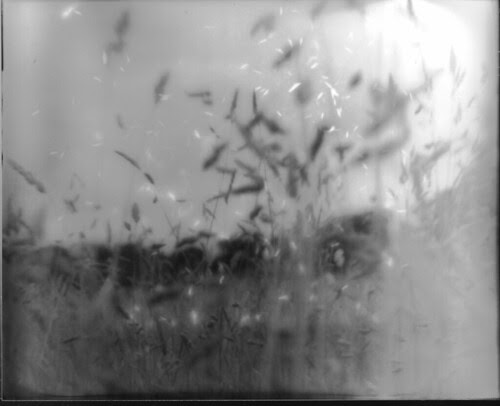 Mute utterences, air within the photographic experience
Posted by Russell Moreton at Monday, November 29, 2021 No comments:

Collage's integral methods of discordance and displacement have so insistently reflected turbulent developments in twentieth century art, science and geopolitics that our response might be to categorise the whole genre as iconoclasm or subversive fantasy. 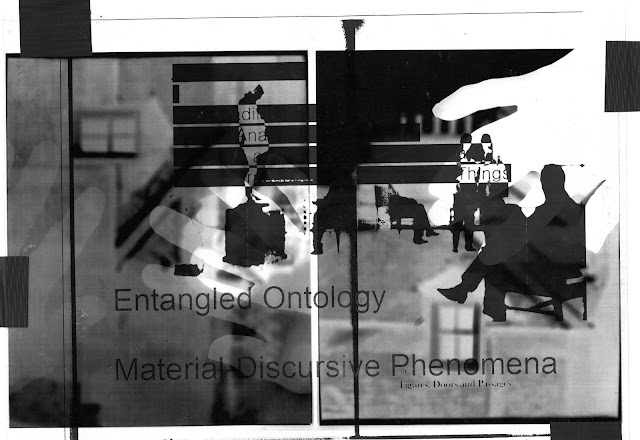 Space and Place
THE PERSPECTIVE OF EXPERIENCE
Yi-Fu Tuan
1959 : Patti Smith
Peace and Noise
Lingering at the threshold between word and image
Cy Twombly
Claire Daigle
Although his work resonates strongly with generations of younger artists, ranging from Brice Marden to Richard Prince to Tacita Dean to Patti Smith, it has a general propensity to polarise its audience between perplexity and unbridled admiration.
Certainly, the fortuities of a name are being pushed too far here, but what does Twombly do but offer up words in all of their resonance: literal, metaphoric, corporeal, material? His citations often have the vanitas effect of graffiti: ‘Cy was here’. Lingering at the threshold between word and image, Twombly renders visible those things – experience, emotion, the body’s share – that lie beyond the reach of verbal articulation.

Transience of Presence : Drawing Gestures, Postures and Movements/Philosophies of Art 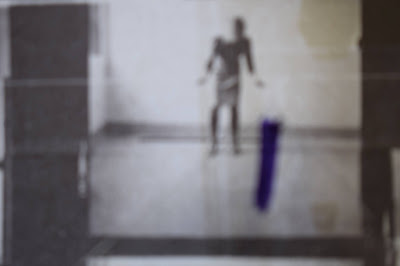 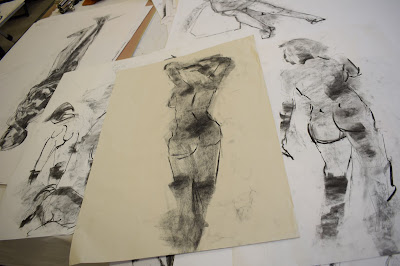 Without question the work I  found as incomplete and in places, frustratingly obscure, but it was a book, and a substantial one. It was clearly written as a volume, its contents speaking to a public rather than constituting an artist's private musings

Art as a Natural Biological Function

Art as a Form of Action

The Integrity of the Plastic Process

The Attempted Myth of Today

Rembrandt discovered that his patrons were not interested in his plastic preoccupations with light when he painted The Night Watch, and that they preferred the obvious illustrative gifts of his contemporaries and followers. Monet and Cezanne discovered the same, watching Sargent and the exhibitors at the academy sell far inferior goods, succeeding because they adopted the French masters' method in its superficial aspects, while including enough familiarity so that the spectator revelled in the familiar while he was talking about the unfamiliar.

The haptic image/indexical/involuntary markings and the present instant, a body at the limit of its moment when it is most definitely intensely alive and in the present.

Beyond the body's blurred contours and indexical markers, to see through, to see sense challenged.

Haptic slippages/propositions between subject and object, human and non human, between what is alive and what is animate.

Drawing is not the form; it is the way of seeing the form.

The human figure, like any animated object is alive. Even when in a seemingly static position- whether sitting or lying- it is actually in constant motion. To capture this fundamental fact, which makes the body profoundly different from a statue or a mannequin, one must learn to see both its physical structure and its actions in space.

Between seeing and drawing, what is felt, hidden, made rendering visible.

The searching and reflexive nature of drawing, a questioning through the performative social body, and its perceptual spatial agency and with materials, environments and others.

With a series of curved lines drawn quickly, without lifting the pencil from the paper, in a loose way and almost without looking away from the subject, identify the lines that make up not the outside, the external contour or the details, but the morphological whole of the figure at that precise moment- in a certain sense the internal engine, a synthesis between intentions and actions, between mind and body.

To achieve this result draw around the form's centre and at the same time beyond it, without defining volumes with closed lines.

Movements of the Soul

The Forms of Age

If you have learnt to write, you will also learn how to draw. The manual skill is the same; you are just changing your way of seeing and feeling. To understand the meaning of this statement, ask yourself: “Where am I when I am drawing?”

Deleuze and Guattari have argued that we cannot reach outside of a dualistic conceptualization of human bodies simply by seeking to transcend or bypass it. They contend: “The only way to get outside the dualism is to be-between, to pass between, the intermezzo”. We  do not get past or move beyond the dualism. This is not a successive stage of progression. The dualism is a conceptual event whose historical and contemporary activity gives rise to consequences that cannot be invalidated or ignored, thus, the situation is not such that we put the dualism behind us, move on or forward as if unaffected. The only place to go, to move, if we are to get outside the dualism is between: “one must pass ...through binaries, not in order to reproduce them but to find terms and modes that befuddle their operations, connections that demonstrate the impossibility of their binarization, terms, relations, and practices that link the binarily opposed terms”.

A Thousand Plateaus : Capitalism and Schizophrenia, Deleuze and Guattari.

Posted by Russell Moreton at Wednesday, November 24, 2021 No comments: 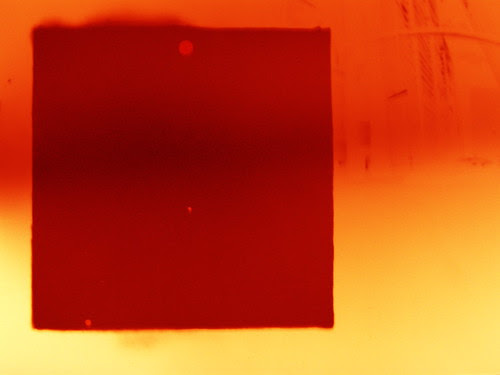 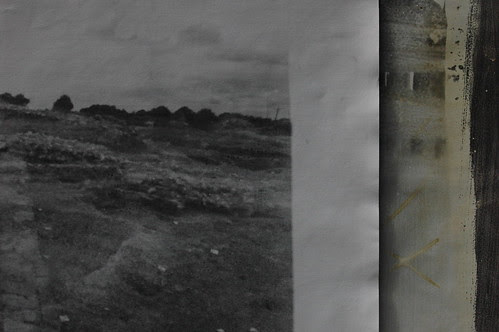 Time as a structure and an event #1 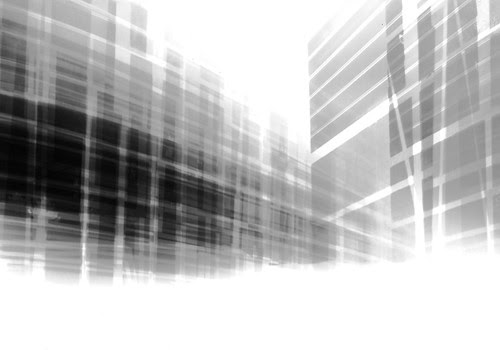 Spatial Represetation from Moving Pinhole Camera
The photographic medium, an elusive nexus of  invisible and visible,  the conceptual and physical rendered as observational.
Posted by Russell Moreton at Tuesday, November 23, 2021 No comments: 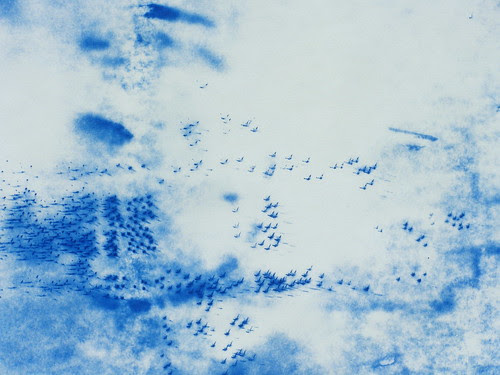 Cyanotype from a site drawing, Space for Peace, Winchester Cathedral 2011.

Human mapping of social groups wthin the duration of the event.

Posted by Russell Moreton at Monday, November 22, 2021 No comments:

“In my view, the task of architecture is to maintain the differentiation and hierarchical and qualitative articulation of existential space. Instead of participating in the process of further speeding up the experience of the world, architecture has to slow down experience, halt time, and defend the natural slowness and diversity of experience. Architecture must defend us against excessive exposure, noise and communication. Finally, the task of architecture is to maintain and defend silence.”
Juhani Pallasmaa : The Thinking Hand.
Existential and Embodied Wisdom in Architecture. 2009 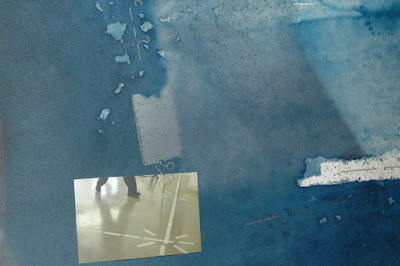 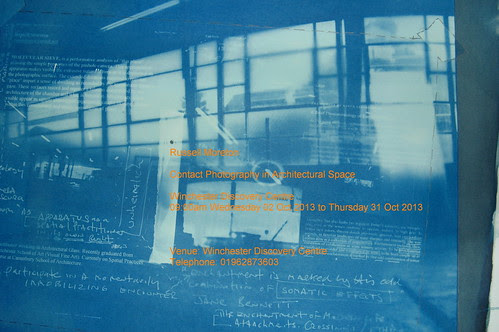 Russell Moreton is a visual fine artist working with alternative and historic photographic processes. He uses pinhole cameras for inquiry into architectural space, these initial perspectives are further collaged and rendered through the Cyanotype process. He is currently working in the library spaces, and aims to produce a series of working ideas/blueprints for display.